This modern car park completed in early 2018 in the direct vicinity of the Kölner Messe provides plenty of room for trade show setup and takedown traffic as well as 2,724 car parking spaces. It also relieves traffic in Cologne’s districts to the right of the Rhine.

In mid-2015, Koelnmesse initiated a “Design and Build” competition for the Messe car park by the Zoobrücke and the respective logistics building. The Cologne firm schultearchitekten GmbH and Deutsche Industrie- und Parkhausbau GmbH were selected as the winners of the competition. Their scheme features a curved structure that makes optimal use of the railing located at the end of the Brügelmannstraße. Its prominent position directly adjacent Cologne’s Zoobrücke also places high demands on the façade’s design. 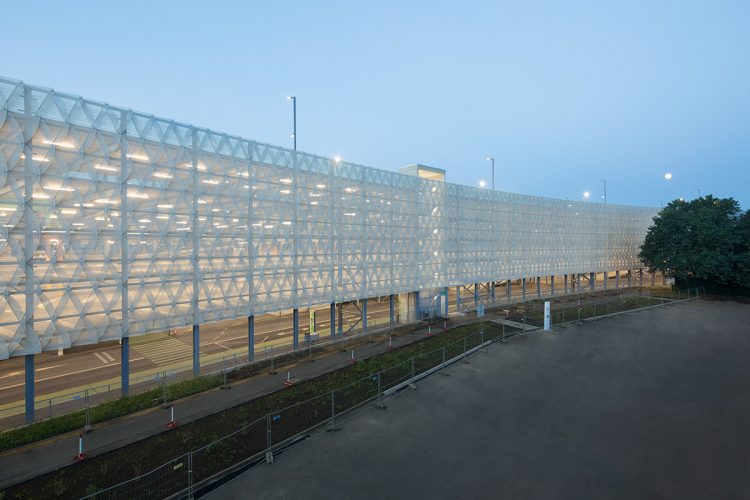 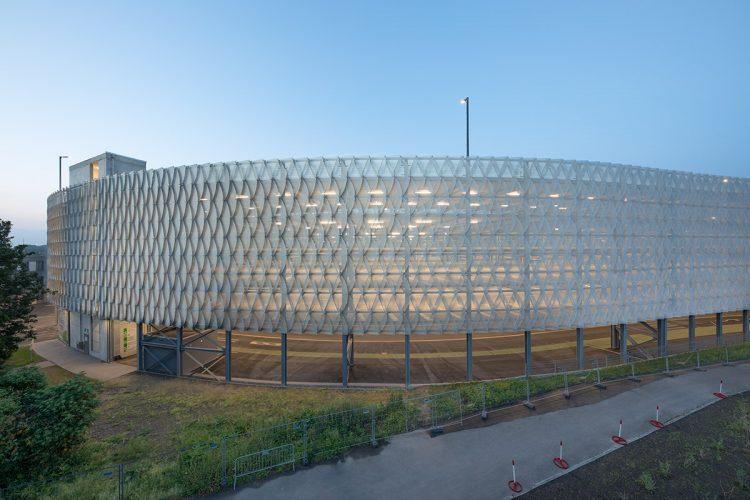 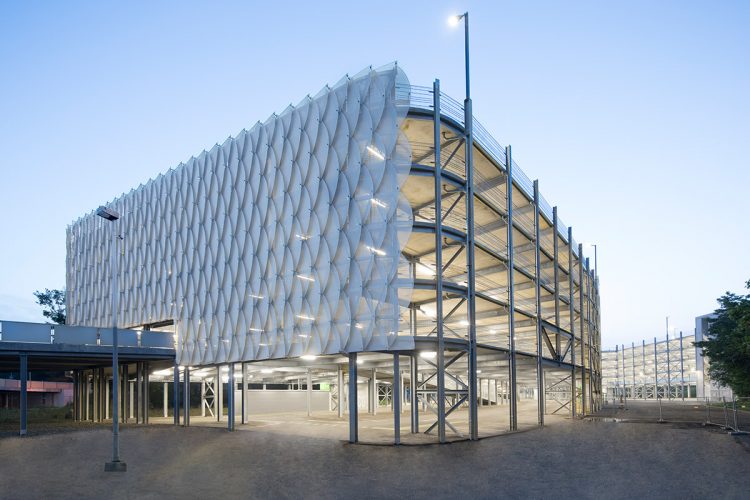 After the façade competition had closed, the decision on 8 January 2016 went in favour of the design submitted by the Stuttgart firm Wulf Architekten whose “scales” give the car park the appearance of an enclosed structure. At the same time, the finely perforated metal elements fitted on the façade prevent drivers from being blinded by glare from the inside of the building. By extension, the car park – which in fact features an open design – exudes calm, elegance and an unimposing air within the urban setting.

On 8 September 2016, the Koelnmesse kicked off its ambitious “Koelnmesse 3.0” investment programme by laying the foundation stone for the new car park by the Zoobrücke. After roughly one year of construction, the first section of the Zoobrücke Messe car park opened right in time for dmexco, the global business trade fair for digital marketing (13 to 14 September 2017). Since then, trade fair visitors have been able to use the first 2,000 parking spaces. The second section was completed by February 2018.

trucks in the logistics area